People with dental phobias may want to stay away – a new exhibit features rotten teeth and a selection of ‘rough’ tools once used for their extraction.

The new exhibition of the Wellcome Collection is presented as the first to trace the evolution of â€œour relationship with our teethâ€.

The “horrific” objects on display include a 19th century skull, with rotten teeth covered with a grave plaque.

Visitors will also see a 19th-century barber surgeon’s chair, in which patients can sit while enduring – with a razor and other coarse tools – the amputation of a limb and the pulling of teeth as well as haircut.

For those who could not afford the barber-surgeon, the blacksmith offered an alternative.

The tools of the barber surgeons included a tooth key, a form of first forceps having a claw and a bolster placed against the gum tissue.

A toothbrush, with a vermeil handle, belonging to Napoleon, whose teeth were described as “bad and dirty”, is also on display.

A photograph of Elizabeth I, whose teeth were said to be “black, a defect to which the English seem subject, due to their heavy consumption of sugar”, is also on display.

Although she suffered from a toothache, she was reluctant to seek treatment, until the Bishop of London volunteered to have an extraction in front of her to show how the pain was not as bad as it was. ‘she thought so.

A wooden “phantom head”, set with real human teeth and used for training dentists, is also on display. 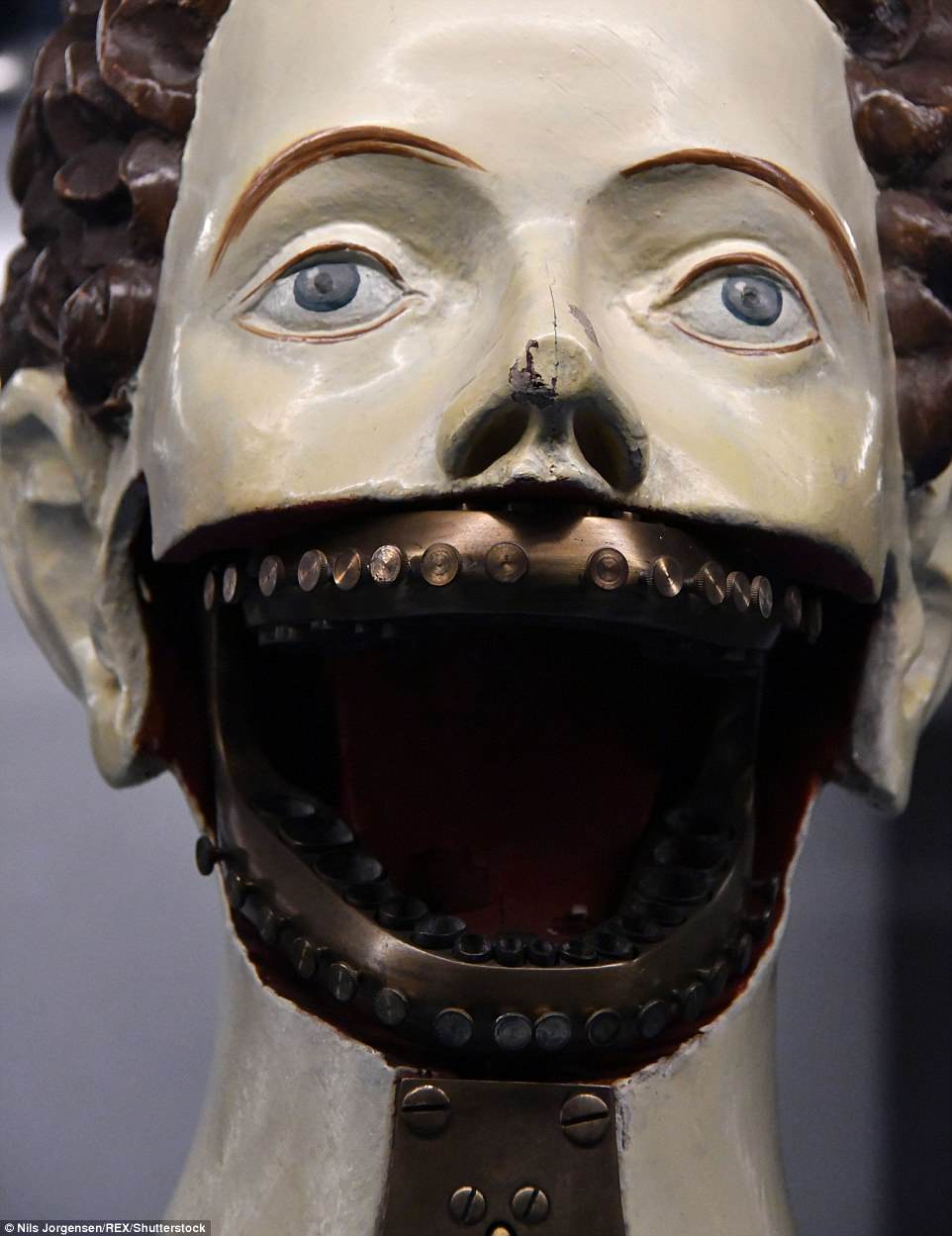 This model was adapted from a pharmacy sign dating from 1895 and is one of the many pieces on display at the “Des dents” exhibition. 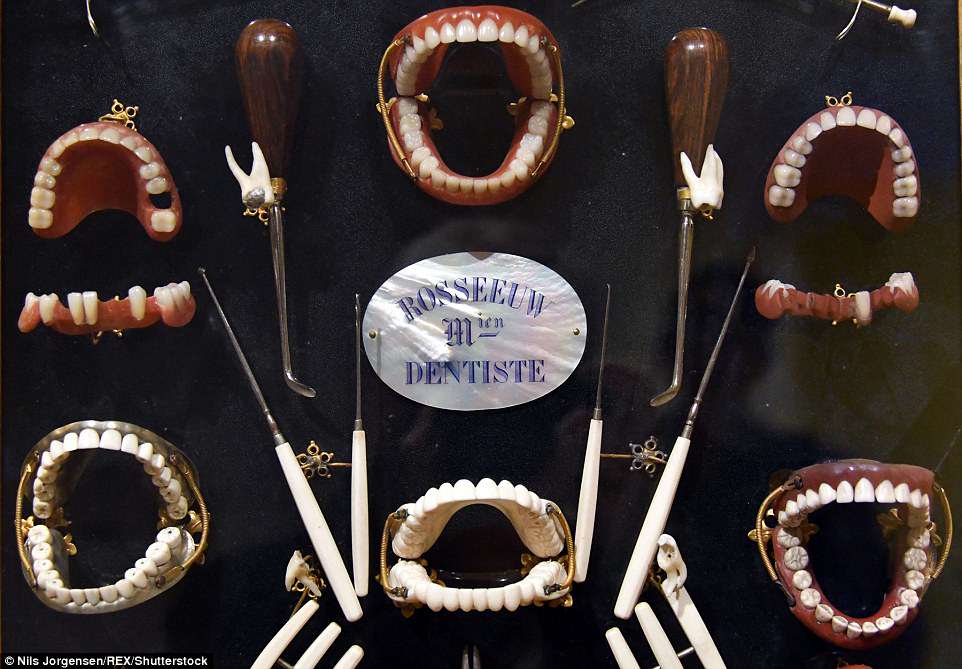 The exhibition, which runs from May 17 to September 16 in London, features a number of exhibits including this framed dentist’s display case from Ghent, Belgium, used in the late 19th century by dentist JJ Rosseeuw 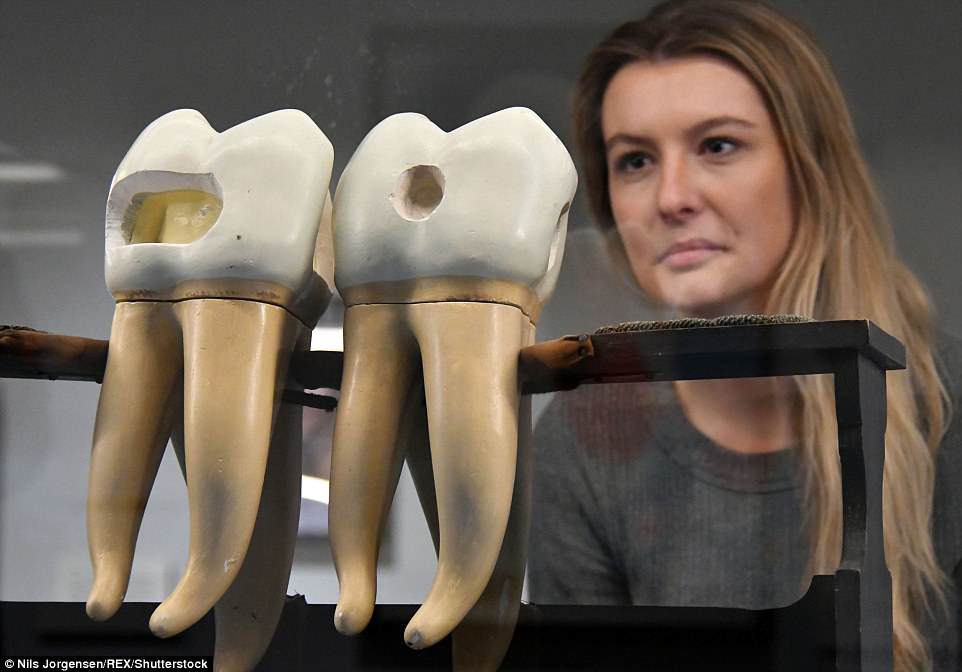 This educational model of two molars, with removable tops, was used to demonstrate the preparation of an amalgam filling. The model dates from around 1890-1910 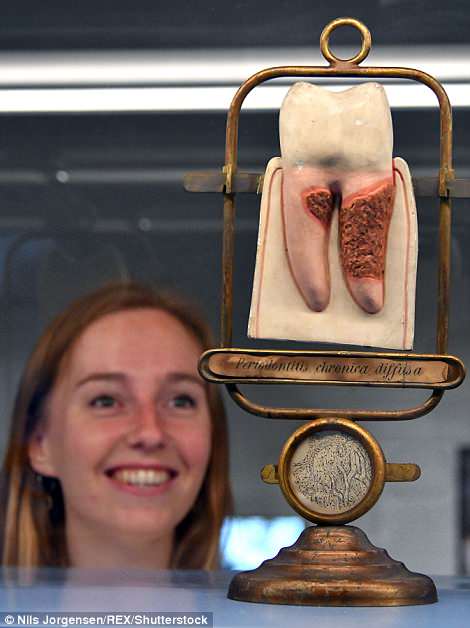 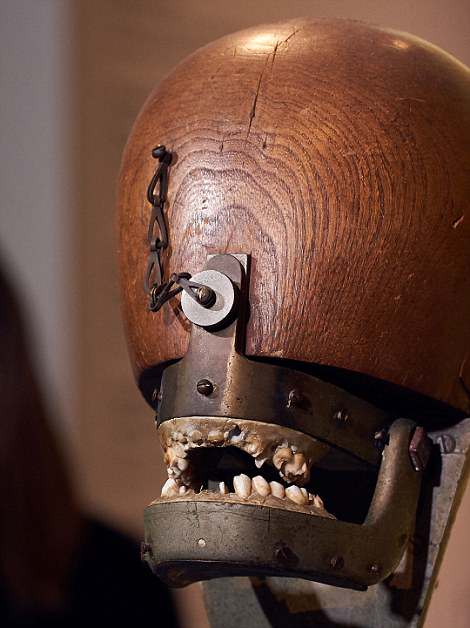 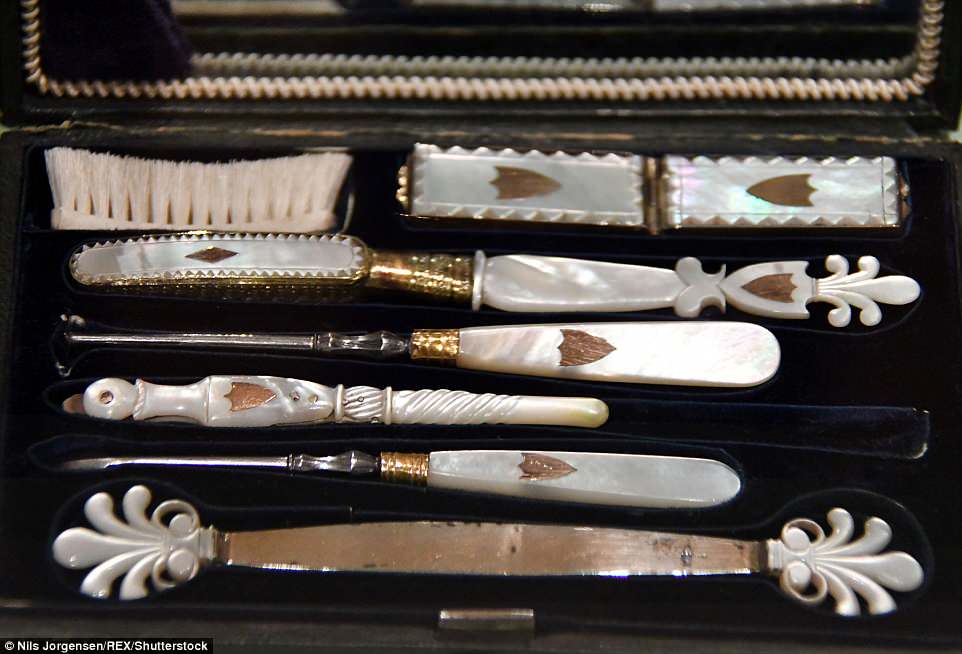 This elegant oral hygiene set, dating from 1800-25, is one of the most opulent exhibits on display in London

A selection of letters the children wrote to the tooth fairy are also among the 150 items on display, in an exhibit that looks at dental care for the rich and the poor.

A section on “dental bling” includes an ancient Mayan tooth embellished with jade and a contemporary grillz, with the dental jewel containing diamonds.

The show’s curators, James Peto and Emily Scott-Dearing, said anyone with dental phobia should surrender. 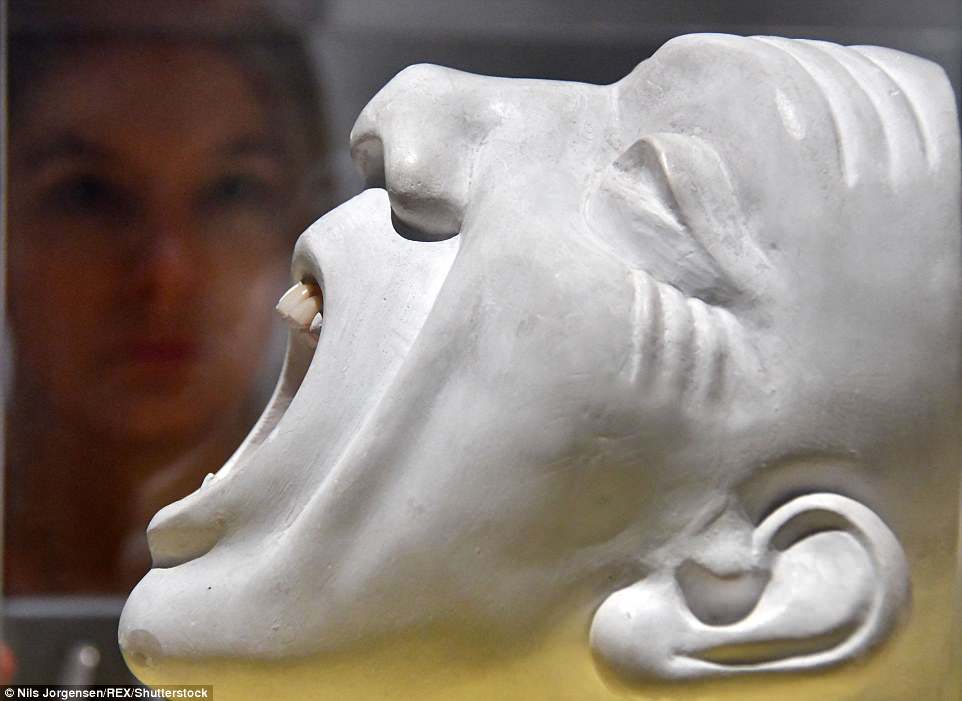 A model with a cleft palate and a prosthesis dating from 1910-40 can be seen at the â€œTeethâ€ exhibition which traces the evolution of dentistry over the centuries. 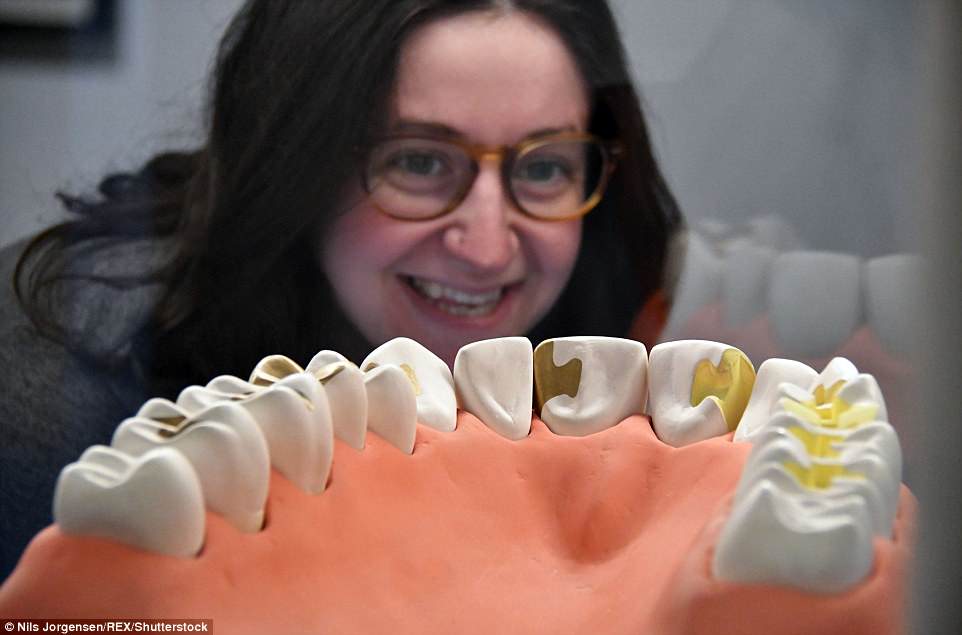 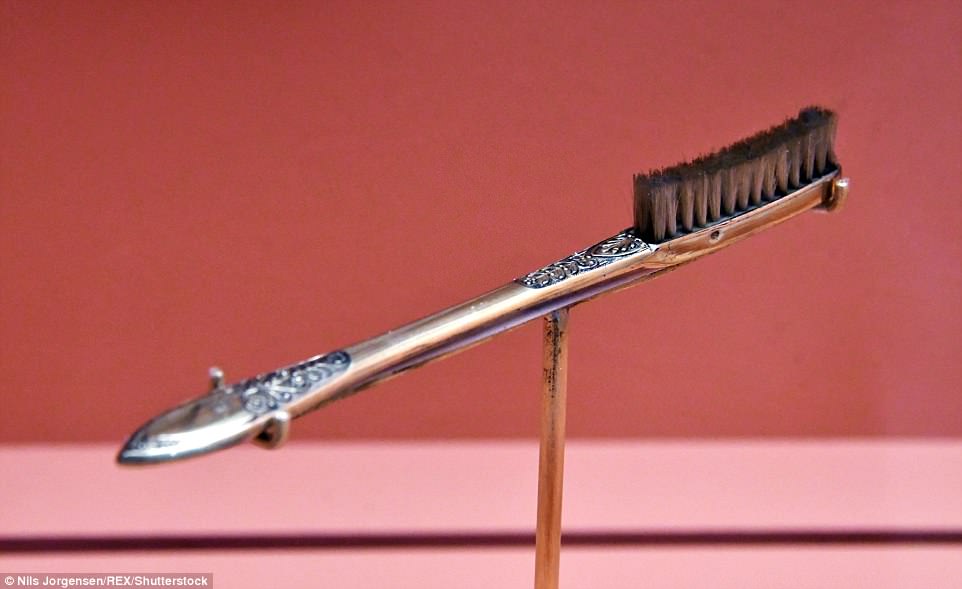 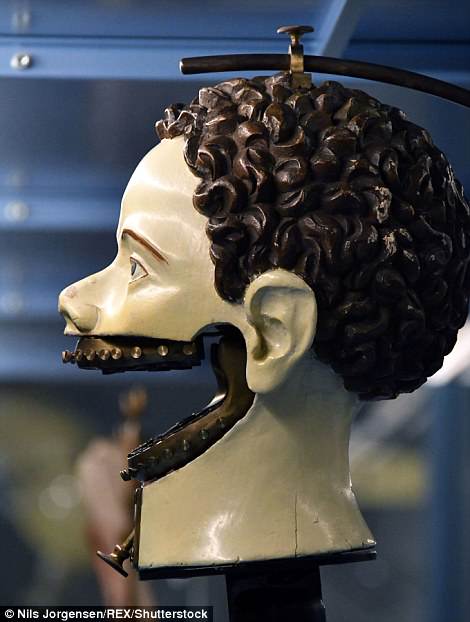 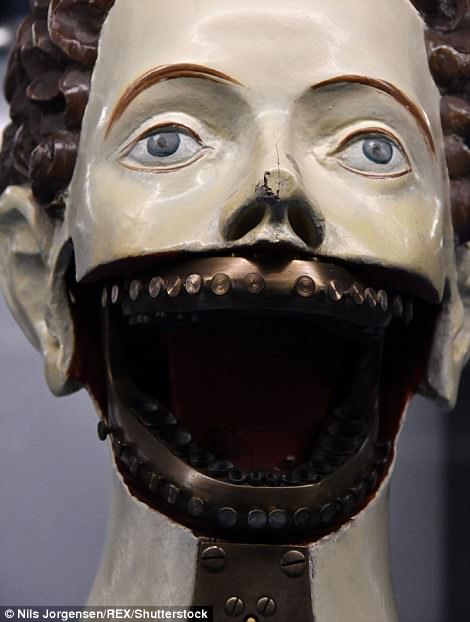 More than 150 objects are presented in the exhibition, including this gaping ghost, adapted from a pharmacy sign in 1895 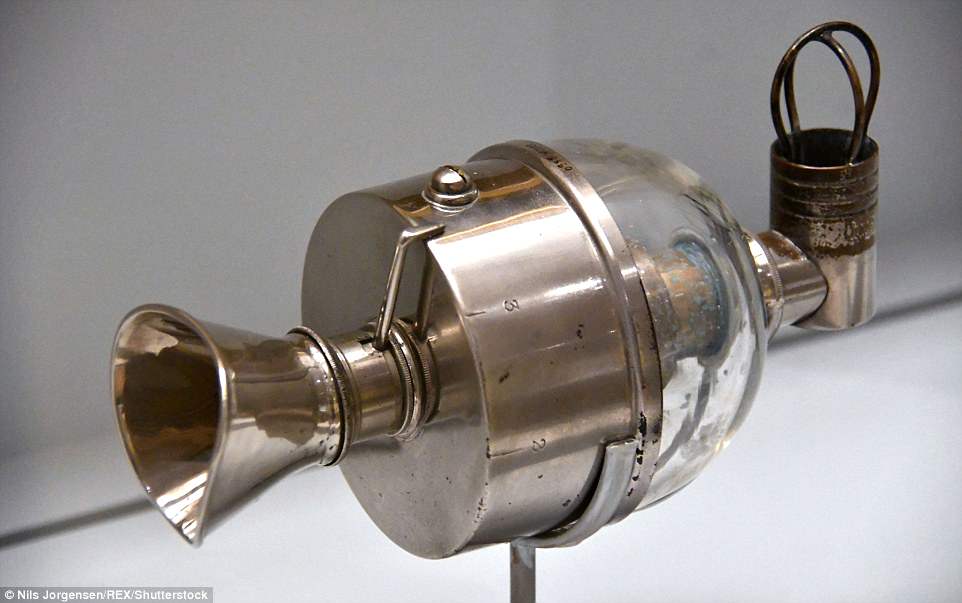 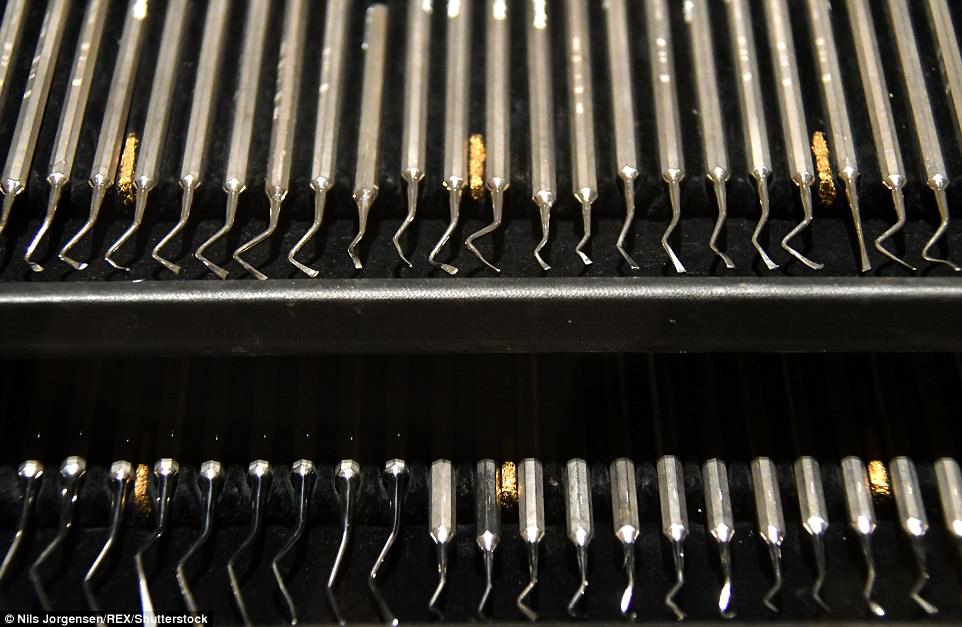 These scalers and scissors were used around 1920 and they look slightly like modern dentistry tools. 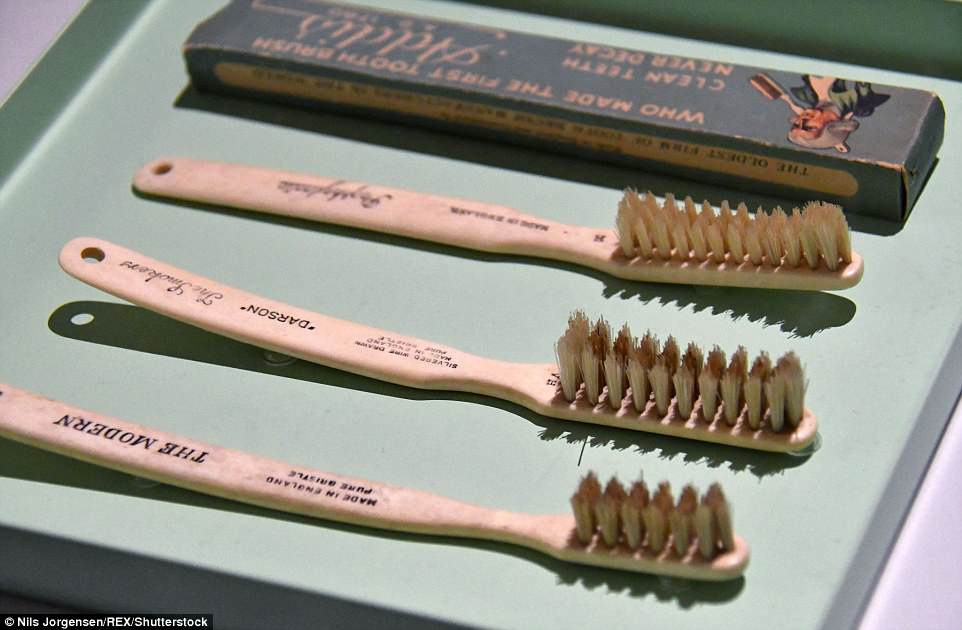 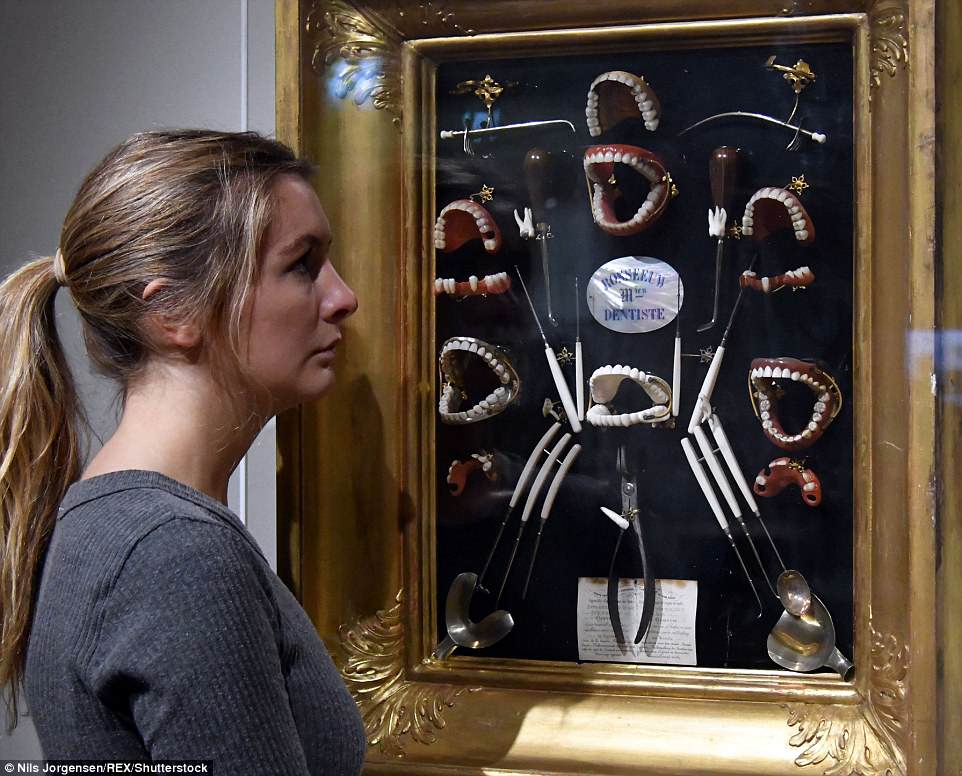 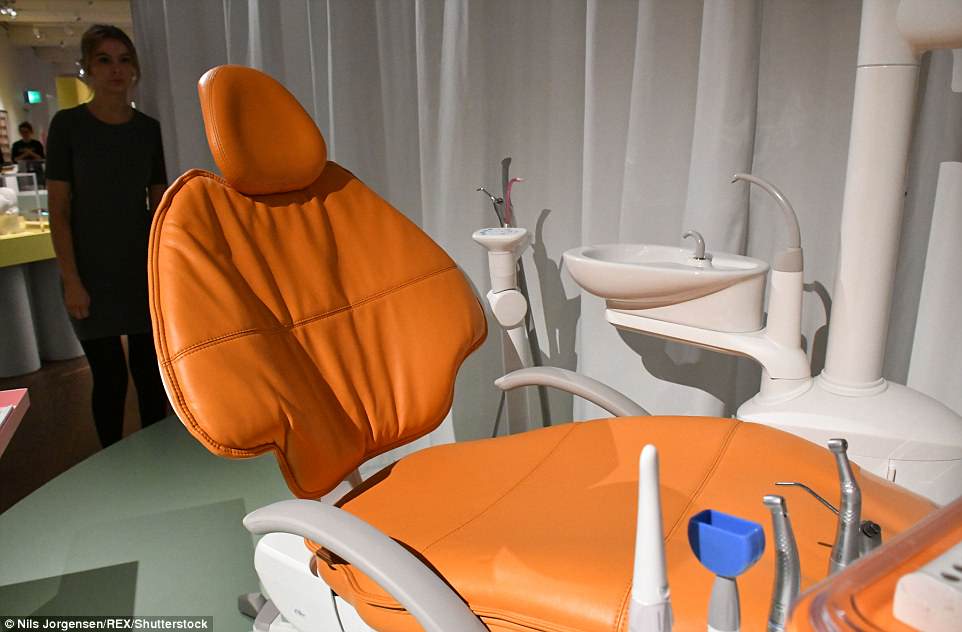 Scott-Dearing said: “I would advise them to come and see how far we’ve come.”

Peto added, “There are some scary things at first, but I hope it clears up at the end and I hope they leave feeling more inclined to visit the dentist than before.”

Dents takes place from May 17 to September 16 at Welcome Collection, a free museum and library exploring health, life and our place in the world in Euston, central London.